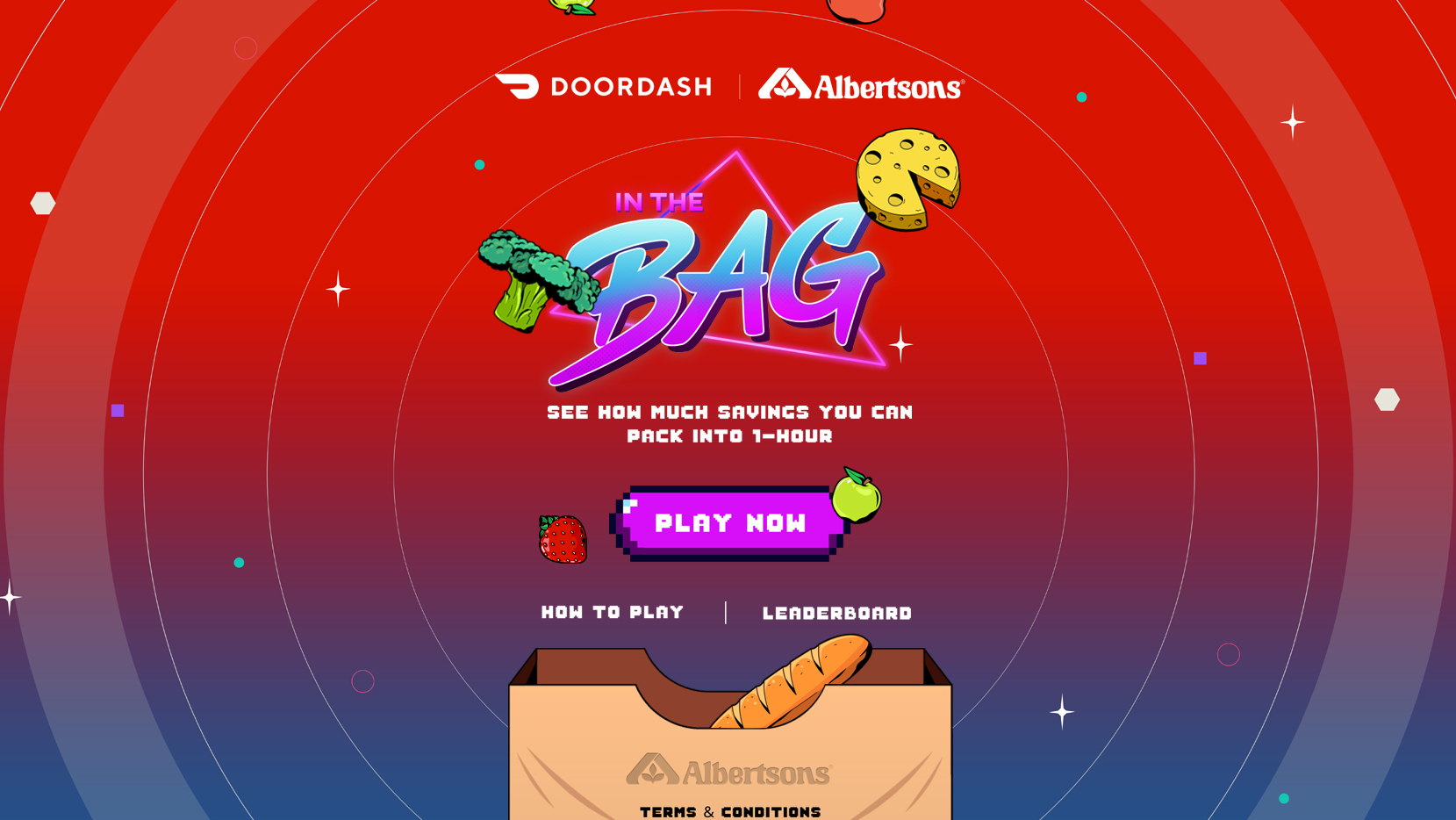 Doordash is the largest food delivery company in the United States with a grocery delivery market share of 60%. So when they wanted to announce their partnership with Albertson’s, one of the biggest US grocers, they wanted to go big. So they hired marketing company Tool of North America and famed creative director Hal Kirkland to create a fun and engaging web-based game with real-life prizes.

They in turn contacted our good friends at nøcomputer to actually develop it, and who do you think nøcomputer asked to make sure that the game would scale from zero to hundred (thousand) and back again in a matter of two weeks? That’s right, FlowFactor made sure the game was both highly available and scalable while simultaneously keeping down costs.

At FlowFactor we are usually asked to set up durable systems that are meant to stand the test of time. So as you can imagine it’s quite a refreshing challenge when you’re asked to deploy an application that needs to be set up and broken down in a span of two weeks.

Even more, because we’re talking about a marketing campaign for one of the biggest players in the world, there’s no predicting what the peak load was going to be. In the end we needed a system that could seamlessly scale from zero to potentially millions of users and back again, luckily that’s exactly what FlowFactor does best!

Scalability can only be achieved if the software architecture is designed to support it. So first we sat down with nøcomputer and our colleagues from Cymo to determine a scalable and secure server-client architecture. True to modern DevOps standards, we opted for a Kubernetes/container based architecture to allow for replicated clusters in multiple geographic locations.

Implementation-wise, the entire application was hosted on Google Cloud Platform, using Anthos to easily manage the clusters across multiple geographic locations. Based on our analysis of Albertson’s stores, we determined the optimal locations to serve the campaign target audience to be Los Angeles and Oregon.  A multi cluster Ingress controller was used for load balancing between the clusters.

As mentioned, easily setting up and tearing down the application was of the utmost importance, which is why we opted for Terraform to easily manage our infrastructure. And since the peak US loads were at about 3 am Belgian time, we applied all the monitoring and automatic recovery techniques in our playbook, because nobody likes waking up in the middle of the night to fix infrastructure issues.

By the end of the campaign the client was amazed by the professional setup that we managed to realise in a span of slightly more than a week. Though the marketing campaign was a success, our systems barely broke a sweat while seamlessly scaling based on the load, avoiding unnecessary infrastructure costs.

In the end, our mission was more than simply setting up a single marketing campaign, but rather to develop a framework that would make it easy for us to quickly set up a highly scalable environment, something which we feel will be invaluable for any client looking to set up high impact temporary marketing campaigns.

If this customer case has inspired you, don’t hesitate to get in touch! From marketing blitzes to enterprise systems built to stand the test of time, FlowFactor is the perfect partner to accelerate your digital ambitions.